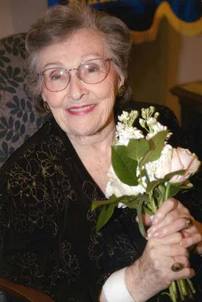 ​When I think about the role my grandparents played in my own life, I am reminded of so many precious memories. From snapping green beans with my grandmother while  my granddad yelled at the Saints playing on television, to visiting my Gammy in Virginia on the farm. Grandparents have always held an important role in my life; guiding, nurturing, and cheering me on.  Today, I see the role my own parents and inlaws, play in my kid’s lives. When grandparents come to visit, that unmistakable smile and big hug tells me just how much my kids love their grandparents. The bond between grandparent and child is so special and deserves to be celebrated! Although National Grandparents Day may not be as widely publicized as Mother’s and Father’s Day, its history is uniquely rooted in a love for the entire family unite.

National Grandparents Day was a grassroots effort by Marian Lucille Herdon McQuade who in 1970 began a campaign to honor grandparents on a specific day each year. In 1979 Congress passed the legislation with then-President Jimmy Carter signing it into effect. View the proclamation in its entirety here.

McQuade and her husband had 15 children, 43 grandchildren, and one great-grandchild.

​I can’t keep up with the three I have, so 15 makes my head spin a little! With 15 children and 43 grandchildren, the family dynamic was naturally an important part of McQuade’s life.

She envisioned National Grandparents Day as a family-centered holiday with the purpose of honoring grandparents, giving grandparents an opportunity to show love to their children’s children, and helping children become aware of the strength, wisdom, and guidance the older generations can provide. Fun little fact, initially there was a typo in the grammatical publicizing of Grandparents Day, leaving out apostrophes to show the possessive form of the word.  But this oversight has served the holiday well as McQuade never intended for it to belong to just the grandparents. Instead, she saw it as a day to celebrate the whole family and the value all generations have in the family unit.

On a national level, this day allows us to affirm the identity and importance of grandparents and the important role they play in the family dynamic. McQuade’s efforts to advocate for older adults in the community far surpassed her achievement in creating National Grandparents Day though.  Much of her life was spent advocating for older adults, including home-bound individuals, both in leadership and politics.

In 1971 she was elected Vice-Chair of the West Virginia Committee on Aging and was appointed as a delegate to the White House Conference on Aging.  In 1972, Mrs. McQuade’s efforts resulted in President Richard Nixon proclaiming a National Shut-in Day. She served as President of the Vocational Rehabilitation Foundation, Vice-President of the West Virginia Health Systems Agency, and was appointed to the Nursing Home Licensing Board, among many other involvements.

So, this Sunday, take a moment to appreciate your grandparents whether living or deceased. Express your love and gratitude to them and let them know the value they hold to your family. Here are some simple yet meaningful ways to celebrate the day and make it special for the grandparent in your life:

Request a call to discuss how we can provide you with personalized care.

It's Grandparents Day!👵👴❤ Even if you ca

Like so many, I am remembering this day 20 years a

I don't know who else needs to hear this today, bu

Aging in Place (Part 2): Home Safety. In this vide

Aging in Place (Part 1): Fall Prevention. This is

Today is National Grief Awareness Day. It's a day

We love when clients share the ❤ with a Google r